This artichoke soup is indulgent! It’s deliciously rich and creamy; perfectly satisfying as the main part of a meal, or equally divine as a scrumptious first course in a fancy dinner party. This is the kind of soup that I’d put on the menu if my siblings and I were making one of our at-home “date nights” for my parents.

And one of the best things about it? It’s British. Not by definition, but the recipe is taken from The Cookery of England, a 1974 cookbook by Elisabeth Ayrton with a treasure-trove of recipes and culinary notes dating from the fifteenth century.

The following is based on two recipes from Mrs. Ayrton’s book. I’ve adapted the directions, cut the ingredients down to size for two people, and listed the quantities in familiar American amounts rather than ounces and pints.

If preparing artichokes scares you, take heart. (Is there a pun there?) This was my first time tackling an artichoke and I thought it was going to be a total waste of money. It seemed like a lot of work for not much “meat.” But its flavour (and heavenly aroma while it’s cooking) are totally worth any prickles you might get from that devilish inner choke. Find an online tutorial if you need some extra pointers. If you’re pressed for time, I imagine you could use canned hearts as well.

Do not be tempted to use skim milk or to leave out the cream in this reicpe. There is nothing wrong with milkfat, and you’ll only be selling yourself short if you skimp. I made this with cream-intact raw cow’s milk and heavy whipping cream, and I believe I’m a better person for it.

This artichoke soup is indulgent! Made with fresh artichoke hearts, milk, and cream, it's deliciously rich and creamy.

Do you like artichokes? Have you ever made artichoke soup?

Other soup recipes from my Recipe Index: 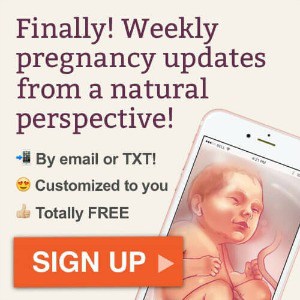