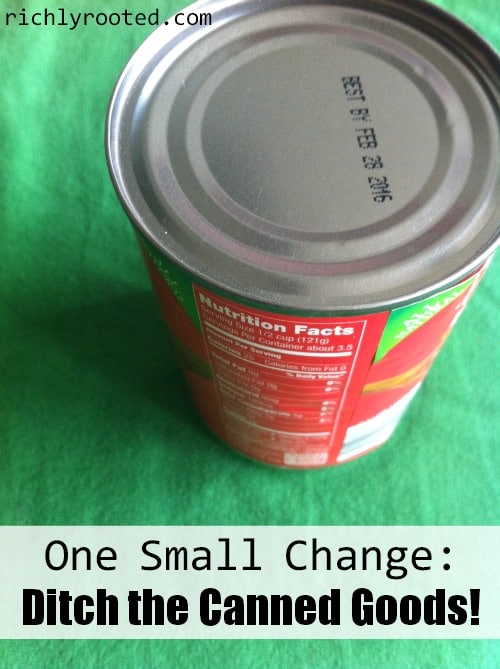 My experience with switching to a real food diet? It was fun and interesting, but at times overwhelming.

I honestly didn’t mind the onslaught of changes and new information, because I like throwing myself in to things I’m into. But I know that a lot of people balk at changing their eating habits because it seems like a lot of work and it’s hard to know where to begin.

I believe that’s why 20 First Steps to a Real Food Diet is the most popular post on my blog to date. It breaks down a healthier way of eating into manageable steps.

There’s one small change that I didn’t include on that list: ditching canned goods! It’s a real food step in the same vein as the other items on the list–pretty simple to make, but has a big impact.

Well, you probably already know the answer to this! It’s the BPA, a toxin that seeps from the plastic liners in canned goods (and a host of other items made with plastic). Studies of BPA toxicity are ongoing, but it’s on the watchlist for being a hormone disruptor–leading to infertility and early onset puberty.

Not everyone is sold on the premise that BPA is harmful. For instance, this BPA manufacturing company is totally cool with it, and the FDA says we can keep eating canned goods while they look into it.

Those concerned with BPA should know that even products labeled as “BPA-free” may still leach hormone-disrupting chemicals.

BPA isn’t the only reason to boycott canned food, though. Some canned goods, such as soups, also contain MSG–a flavour enhancer that causes brain damage. Sodium and added sweeteners in canned vegetables and fruits are also a concern. 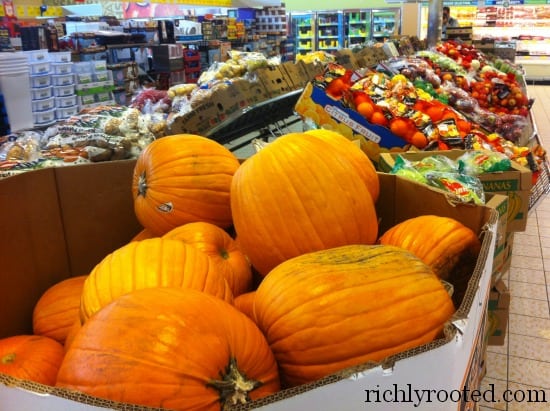 What are the benefits of buying fresh food instead of canned?

One thing I love about switching to a real food “diet” (a.k.a. the old-fashioned, common sense way of eating), is that there’s no deprivation–you’re actually getting the better end of the deal! Here’s what you get when you buy fresh food instead of canned:

Sometimes fresh food is less expensive, too! Soup, for instance. Instead of buying a couple of large cans to feed your family for one meal, you can make a large batch of soup and feed your family all week.

What canned foods do we still buy?

Although Eric and I have drastically cut back our canned food purchases, we still buy a few things canned–at least for now. Here’s what we buy canned:

Next time you go to the grocery store think about what you can buy fresh, instead of reaching for canned good stand-bys. 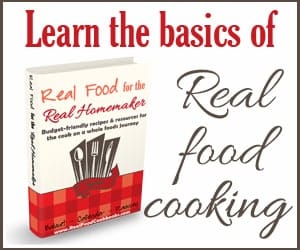 If you want to dive into healthy, real food eating, my cookbook is a good resource! Real Food for the Real Homemaker has 75+ recipes that are simple to make and use wholesome, familiar ingredients, as well as 8 chapters on practical ways to make real food cooking a reality in your kitchen! Pick up a copy HERE.