These famous literary heroes, heroines, and villains are some of the best fictional characters ever created! They’re well developed, memorable, and inspiring. (The heroes and heroines, that is. The villains are wonderfully awful!) 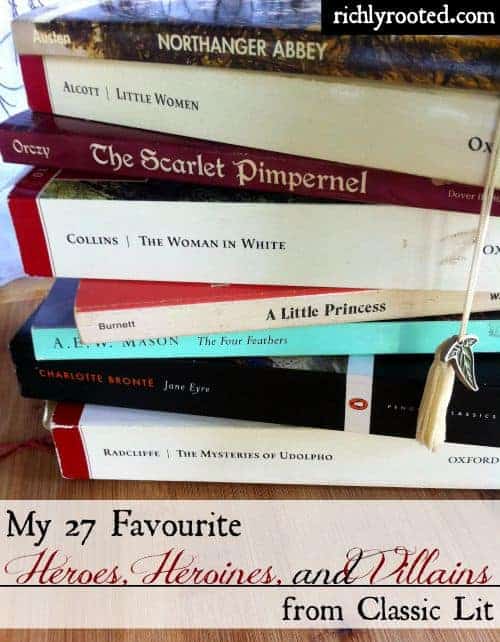 On September 1st, I added another birthday to my collection.

It’s been my tradition for the past few birthdays to publish a “just for fun” list post to help my readers get to know me better. Two years ago, I shared 25 Things About Me, and last year’s topic was 26 Things I Need to Nail Down Before I Get Any Older.

For my 27th birthday, I’d like to introduce you to 27 heroes, heroines, and villains who I think are some of the greatest literary creations (or I just happen to personally like).

Am I leaving out many excellent candidates? Inevitably. 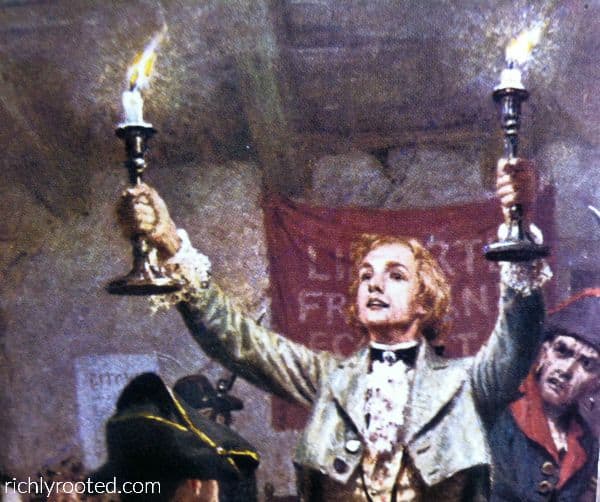 From The Scarlet Pimpernel (and series) by Baroness Emmuska Orczy. Although he’s adept at donning disguises to rescue French aristocrats from the guillotine, his best disguise is the one he lives daily–that of a foolish, frivolous Englishman whom nobody would suspect as a hero willing to risk his life repeatedly.

From Our Mutual Friend by Charles Dickens. For most of the book, he plays the part of a quiet, dutiful secretary to an elderly couple. His heroism lies in his loyalty and his patience as he waits for the rest of the society–and one girl in particular–to know him for who is really is.

From the Lord Peter novels by Dorothy Sayers. In Lord Peter, Sayers intentionally created the ultimate hero: handsome, rich, witty, and in every way desirable. And he solves murder mysteries for fun. (But he’s deadly serious.)

From the mystery novels by Agatha Christie. Although he has a completely different personality and physical appearance from Lord Peter, Poirot is no less dear to my heart. And the man’s a genius. 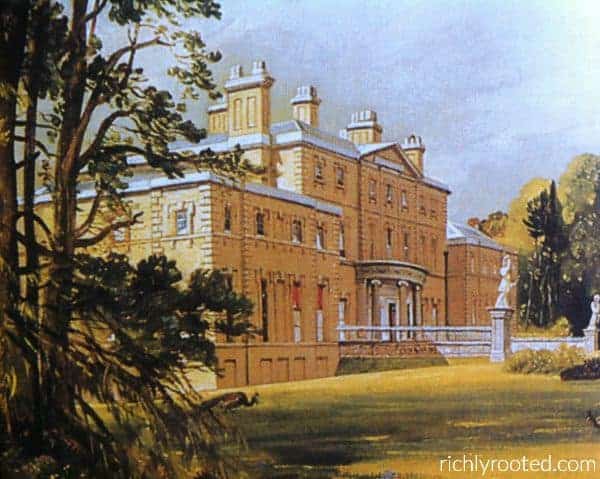 From The Four Feathers by A.E.W. Mason. The interesting thing is, Feversham wouldn’t have been such an admirable hero if he hadn’t been so gravely un-heroic to begin with.

From Captain Blood by Rafael Sabatini. What do you get when you take a respectable English doctor and send him to Barbados as a slave? A pirate, apparently! But one with a code of honour, bravery, and leadership, or course.

From Northanger Abbey by Jane Austen. He doesn’t hold a grudge like Captain Wentworth, and unlike Darcy, he’s warm and generous at first introductions. As much as I admire the heroes from other Austen novels, there are few as likeable, genuine, and unselfish as Henry Tilney.

From Far From The Madding Crowd by Thomas Hardy. The most plain and unassuming of all the heroes on this list, I fully admit that I mistook him for “just a shepherd” at first. 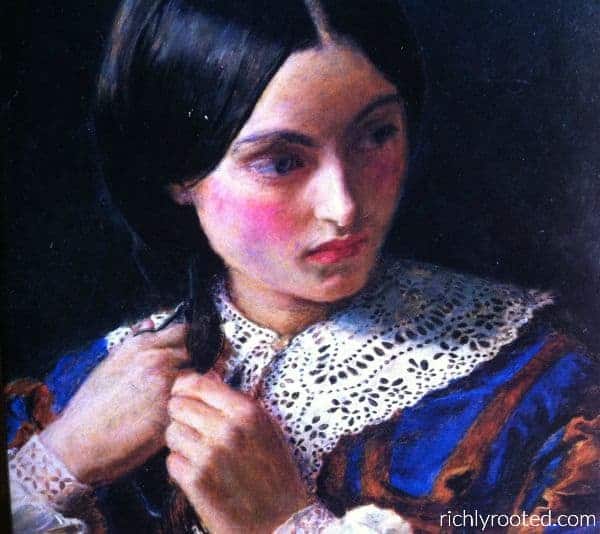 From the Nancy Drew mystery series by Carolyn Keene. Nancy Drew is brave, smart, independent, feminine, good with people,  persistent, a good friend, a loving daughter…I could go on! She might be too perfect, but I honestly don’t care.

From the Emily series by L.M. Montgomery. Did you think I was going to say Anne of Green Gables? This lesser-known heroine is more introverted than Anne and faces harder struggles, but is deeply and elegantly drawn. As an introvert and Thursday’s child myself, Emily has a special place in my heart.

From A Little Princess by Francis Hodgson Burnett. I admire Sara’s indefatigable optimism, her story-telling, and the way she chooses to treat people around her. 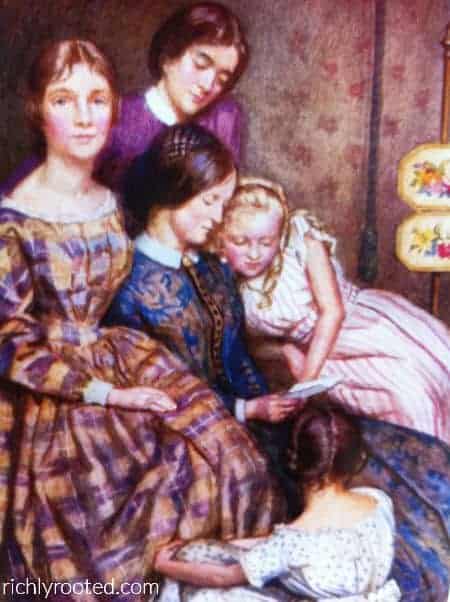 13. ALL of the March sisters (and their mother!)

From Little Women by Louisa May Alcott. I could never pick a favourite, and reading the book, I could identify at parts with each one of the girls. And Marmee? She is a wonderful homemaker and a wise mother.

From The Woman in White by Wilkie Collins. Although she doesn’t look the part, Marian is the good angel in this page-turner of a Gothic novel that’s heavy with melodrama, intrigue, and exquisite writing.

From Eight Cousins and Rose in Bloom by Louisa May Alcott. As much as I enjoy rooting for unlikely heroines, sometimes it’s just fun (and refreshing) to meet a heroine who has beauty, brains, money, and likability!

From Christy by Catherine Marshall. Christy heads into the the Appalachian mountains as a school teacher and finds herself in a completely different world, culturally. I love how this book is based on a true story; it’s one of my favourite bildungsroman novels.

From Our Mutual Friend by Charles Dickens. I was hard pressed with picking Bella or Lizzie for this list. Although I like and identify more with Bella, I think Lizzie is the more “true” heroine. At first glance, she’s a docile, one-dimensional Victorian “angel in the house,” but by novel’s end she’s proven her mettle as strong (both physically and mentally), sacrificial, and realistically human. 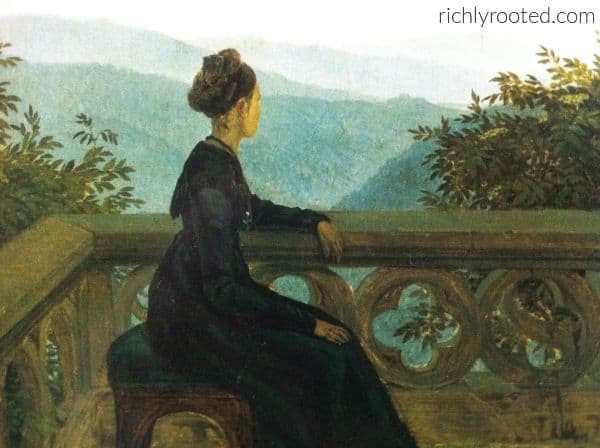 From Jane Eyre by Charlotte Bronte. Jane Eyre was one of the first pieces of classic British literature I ever read. I drank it in, spellbound by the inner workings of Jane’s mind and letting myself feel as deeply every choice she had to make.

From Anne of Green Gables series by L.M. Montgomery. Okay, fine. Who am I kidding? I could never leave Anne off this list!

From Dracula by Bram Stoker. While modern-day stories like Once Upon a Time are bent on redeeming and softening every villain that enters the story, Stoker makes it clear that Dracula is elementally evil.

From The Mysteries of Udolpho by Ann Radcliffe. Montoni presides as the villain in this “ultimate” grandfather of a Gothic novel. He’s at once passionate and utterly cold, alluring and repulsive, and as a reader, you never feel like you can entirely grasp his character or what secrets lie in his past, moldering in shadow like the castle he lives in.

From A Little Princess by Francis Hodgson Burnett. Petty, capricious, and artificial, Miss Minchin is the antithesis of Sara Crewe in every way.

From The Scarlet Pimpernel by Baroness Orczy. Chauvelin is intrepid, ruthless, and cunning in his knack for using others to get to Sir Percy, his arch-rival.

From Wuthering Heights by Emily Bronte. I’m not sure if the people who swoon over Heathcliff as a romantic hero have actually read the book! Granted, he has a sympathetic background. But it’s clear by the end of the novel that’s he’s chosen to be a villain. 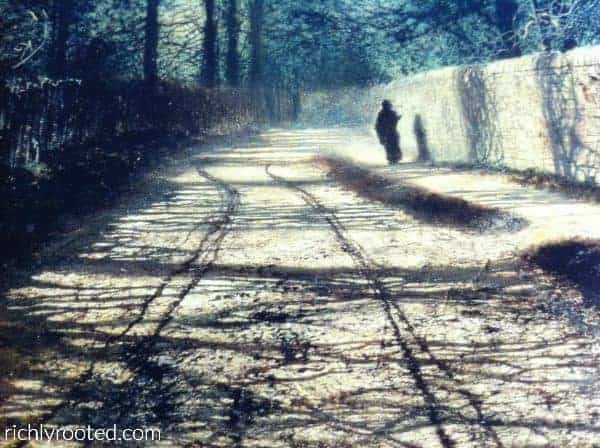 From The Woman in White by Wilkie Collins. Gothic novels definitely win the jackpot for vivid villains! Although he enters the book with a magnetic personality, Fosco doesn’t appear at first to be the arch villain of this story. And that makes him all the more sinister as he’s gradually shown to be the real mastermind behind the plot.

From The Portrait of a Lady by Henry James. This despicable man is detached, entitled, inhuman, unscrupulous, and all manner of other unsavory adjectives.

From Rebecca Daphne Du Maurier. Like many good villains in literature, Mrs. Danvers lurks in the shadows, haunting the novel’s heroine both by her silence and by poisonous words, carefully chosen.

Alright, I know you CAN’T WAIT to tell me about all the people I’ve left off this list! Who are your favorite heroes, heroines, and villains?

Want more bookish-themed blog posts? Come join the Tea and Ink Society, a blog and community for the literary woman! I’ll see you over there… 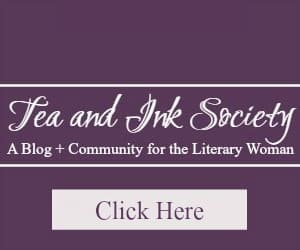