These Cinnamon Roll Biscuit Bites are light and fluffy with just the right amount of buttery sweetness. You can have them in your mouth in 30 minutes, easy. Serve them for breakfast, brunch, or any time you want to enjoy a sweet snack with your cup of coffee! 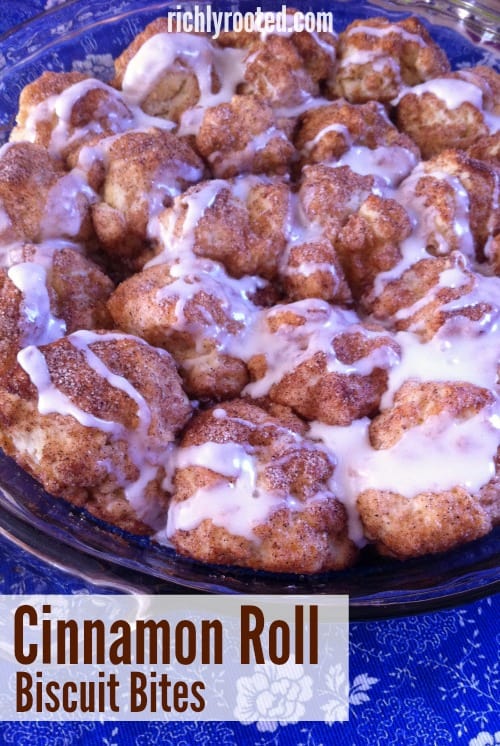 You know how it is when two separate people you really like get to know each other–and end up getting along really well? It’s satisfying and gratifying when your friends get along with each other. And it opens up new possibilities for fun!

I’ve discovered that this doesn’t just happen with people but with food, too. For instance, I love biscuits and I love cinnamon rolls. I introduced them to each other and oh yes, they get along quite well.

This recipe is the perfect thing to make when you want a treat for breakfast but don’t want to spend hours making it. You can have these in your mouth within 30 minutes, and they taste divine.

I had some Cinnabon cinnamon roll bites a couple of months ago, and these are far better. Using biscuits instead of a yeast roll gives this recipe a more comforting, sink-your-teeth-into-it satisfaction. 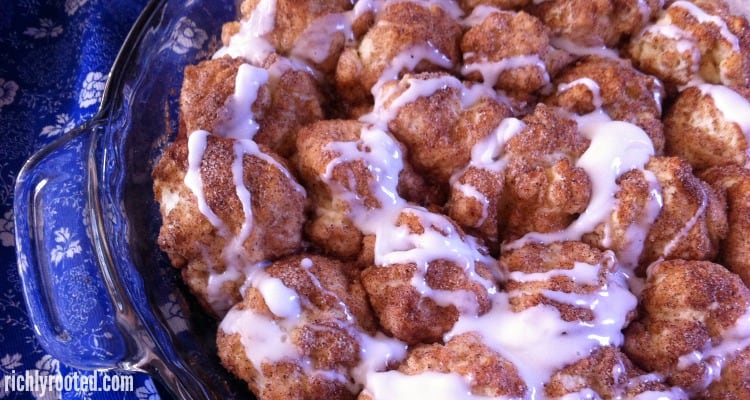 I found several ways to make this a really quick recipe that I can make on a whim. For the biscuit dough, I used my Simple Cream Biscuits recipe from my cookbook, Real Food for the Real Homemaker. The recipe calls for heavy cream, so there’s no need to spend time cutting in butter. You also save time (and save dishes!) by pinching off the biscuit dough rather than rolling it out.

Bottom line, these Cinnamon Roll Biscuit Bites are super easy to make and turn out light and fluffy with just the right amount of buttery sweetness.

You’ll want to eat the whole pan on your own. 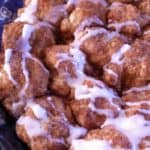 These Cinnamon Roll Biscuit Bites are light and fluffy with just the right amount of buttery sweetness. You can have them in your mouth in 30 minutes, easy. They taste AMAZING!!

Variation: You can add 1/2 cup of cinnamon chips to the biscuit dough if you want extra pizzazz!

I like to use Real Salt and aluminum-free baking powder in my recipes! You can find these, as well as the unbleached flour, in some stores or on Amazon. 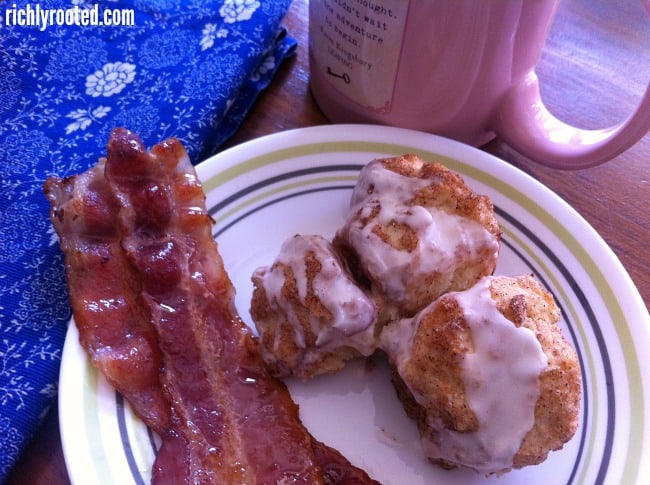