We stopped eating a Weston A. Price diet (WAPF) and switched to whole foods plant-based. Here’s my review of the WAPF diet and why we started eating WFPB instead!

In the first post in this miniseries, I talked about why we switched to a whole foods plant-based diet, and some of the everyday ways we implement it.

Today I’m sharing my review of the Weston A. Price diet (also called the WAPF diet or Traditional Foods diet), which is the diet we tried to align with previously.

Before I begin, I’ll give two caveats, because I like the word “caveat.”

The first is that I realise this post will not be relevant to some people, since this is a very niche-y topic! But I also know that when we were switching from a traditional, WAPF diet to a whole foods plant-based diet, I didn’t find a lot of comparisons or reviews of this nature. So I’d like to help out others who may be looking for a personal take like this!

The second caveat is that we never fully ate the WAPF way. I wanted to, and I assumed that the WAPF diet was the “gold standard” when it came to eating habits. But I was also sure we’d never achieve it.

More on that in a minute.

What is the WAPF Diet? (Weston A. Price Diet)

WAPF stands for the Weston A. Price Foundation, founded by Sally Fallon and Dr. Mary Enig, which takes its name from the dentist Weston A. Price. Price published the book Nutrition and Physical Degeneration in 1939, detailing his observations and theories of why people groups unexposed to a Western diet had better teeth and facial structures.

Fallon and Enig developed the WAPF diet based on some of Price’s nutritional theories, as well as their own findings and beliefs. Many of my readers are familiar with the WAPF diet, especially since this diet was gaining huge followers in the 2000s and 2010s (thanks, in large part, to blogs!).

On the ideal WAPF diet, you avoid all processed foods and instead eat organic produce, fermented foods, cod liver oil, bone broth, and full-fat animal products including grass-fed beef (cooked and raw) and organs; raw milk, cheese, and butter from grass-fed cows; free-range chicken and eggs; and “properly prepared” grains and nuts (this involves a process of soaking the grains or nuts in an acidic solution before consuming. This is one of the WAPF things that Price didn’t cover or suggest in his book).

Why It’s So Hard to Eat the WAPF Way

Ultimately, we switched to a plant-based diet because my view on animal products changed and I believe eating more plants is the healthier way to go.

The WAPF Diet Is Prohibitively Expensive

Raw and pasture-raised dairy, one of the big features of the WAPF diet, costs two to three times as much as conventional dairy—sometimes even more. We knew we couldn’t do it all, so we prioritized raw milk (which is delicious, by the way), and bought conventional cheese, cream, and butter. Pastured pork products like sausage and bacon were out of the question.

Since we couldn’t afford organic produce, we bought from the “Clean Thirteen” list (produce that may have a lower pesticide load) and pretty much ignored the produce from the “Dirty Dozen” list (produce with more pesticides). We missed out on so many health-giving fruits and veggies this way!

We took regular cod liver oil but couldn’t afford the special fermented cod liver oil. Later I was extremely grateful that we never bought the fermented kind, as it came out that the Green Pastures brand promoted by WAPF was rancid and was causing serious health issues for many people. WAPF still recommends this fermented cod liver oil, and their stance on the issue has caused a number of dissenting board members and chapter leaders to resign (others were asked to leave).

We personally stopped taking even non-fermented cod liver oil years ago because I had my doubts that fish oil can be a shelf-stable product, and it didn’t seem like a good allocation for our limited supplement budget. I’ve since read that the high demand for cod liver oil also ties into the over fishing problem, and I’m happy not to contribute to that!

In addition to the expensive WAPF foods, on a proper WAPF diet you need—or feel like you need—a number of specially-designated kitchen items such as a dehydrator, fermenting equipment, grain mill, food processor, high-powered blender, cast iron cookware set (to avoid nonstick coatings), water filters, and deep freezer (to store the half a cow you bought in order to save money).

Now, I’m definitely not opposed to any of those kitchen items. But it can be discouraging when you’re learning about the WAPF diet and you hear these tools invoked by gurus, and then you realize how expensive they are!

People who defend the high cost of the WAPF diet will sometimes tell you that it is, in fact, affordable—simply stop buying those fancy Starbucks lattes on your way to work! Advice which is trite and unhelpful about 99% of the time. Even when you have truly realistic ways to save money, WAPF is always going to be expensive.

If you dig into the WAPF diet, it’s clear pretty quickly that it’s an expensive way to eat. But it’s also a burden in terms of time.

I’m a big fan of cooking from scratch. But the WAPF diet urges you to cook from scratch and then some—not just making recipes from basic ingredients, but making those ingredients, too! I faithfully made yogurt and sourdough and kefir and kombucha and bone broth, but I just couldn’t make room in my schedule to also soak almonds and walnuts (nor did I feel like leaving the oven on for hours to dry the nuts back out again!) Some people purchase these things ready made, but this adds even more $$ to the already-expensive diet.

I found that I couldn’t just pull out ingredients and have at it, I had to plan menus very carefully as a sort of chain reaction: “I can’t make this soup because I have to first make bone broth, and I can’t make bone broth because I first have to roast my chicken!” etc. I like to keep things simple, and this wasn’t simple enough for me.

In addition to food preparation and home processing, there’s also the enormous amount of time it takes to research and source all of the grass-fed, pastured-raised, minimally-processed animal products you’re supposed to eat.

A Plant-Based Diet is For the Masses!

Trust Issues with the WAPF Diet

Earlier I mentioned that we stuck to the “Clean Thirteen” fruits and vegetables in an effort to avoid pesticides. As we switched to a plant-based diet I started embracing the whole produce section again, including foods from the “Dirty Dozen” list. I came to the startling conclusion that apples are still a health food even if  they’re not organic. (And organic doesn’t actually mean pesticide free.)

While washing your produce with water is an effective way to remove most pesticide residue, you can’t remove pesticides from the meat and animal products you buy. The animals eat grain and feed with pesticides, and these accumulate in their fat, which consumers then eat with their butter, cream, and steaks. 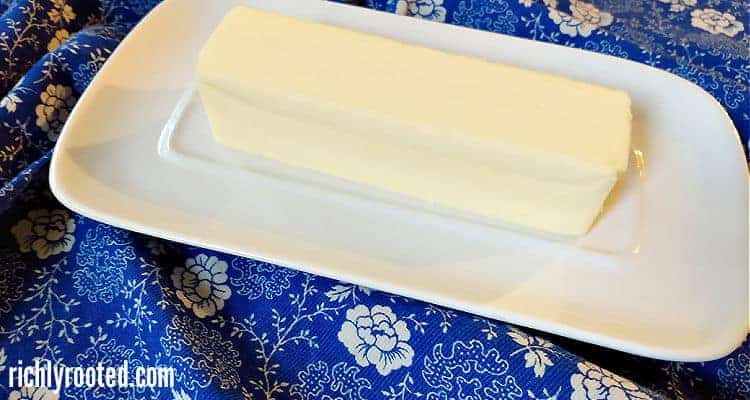 I remember reading a WAPF article years ago about pesticides bio-accumulating. (And this checks out. There are lots of scientific articles that have concluded the same.) The WAPF article stressed the vital importance of eating organic, grass-fed animals products in order to avoid these [synthetic] pesticides.

This raised an obvious question: so if it’s bad to eat conventional full-fat diary and meat because of the high pesticide load, but you can’t afford/can’t find unpasteurized, grass-fed alternatives, then are you better off buying conventional skim milk and low-fat dairy and meat?

Apparently not, because one of the foundational pillars of the WAPF diet is eating animal fat. Again and again on their website—and on the websites of writers and recipe developers who follow WAPF—butter and animal fat are praised without the warning label that it must always be grass fed.

It’s contradictory and bad advice to tell people to eat full-fat animal products when you know the fat contains the pesticide load. But if the fat recommendation always comes with a caveat about needing to be grass-fed, then the WAPF diet does become exclusive, despite their best intentions.

And of course, plant-based advocates would tell you that the pesticide load in animal fat isn’t the only issue—or even the main issue—with animal products. For years, I heard from Weston A. Price advocates about how healthy saturated fat and animal protein are. In the last couple years, I’ve given my attention to the other side of the debate: the plant-based doctors and dieticians who say that animal fat and protein are giving us heart attacks, diabetes, and strokes.

Now that I’ve fairly considered both sides, the plant-based people have me convinced. I’ve seen a history of WAPF-fers who sidestep evidence and bury their heads in the sand about the potential harm of a diet high in animal products. The fermented cod liver oil scandal and the pesticides-in-fat issue don’t give me a lot of confidence that the people behind WAPF are willing to engage honestly with evidence that challenges their tenets.

What WAPF Gets Right

In spite of my issues with WAPF, I think they’re on the right track in some areas. Learning about and attempting to follow the WAPF diet years ago was a good stepping stone for me, and a wonderful period of discovery. I was flipping through Sally Fallon’s Nourishing Traditions cookbook the other day and reminded of some of the things that WAPF gets right, including:

I think a lot of people are attracted to the Weston A. Price Foundation diet because it allows them to eat broadly. WAPF makes it a point not to demonize any food groups. They also appeal to nostalgia, telling people to “eat like your grandparents did.”

Unfortunately, I think that reasons like these can deter people from digging deeper into the scientific and historical backing and credibility of the WAPF principles.

If you want to eat nutrient-dense, do yourself a favor and add more plants to every meal, no matter what diet you subscribe to! The God who made our bodies also made plants and told us to eat them, so we have it on good authority that that’s exactly what we’re supposed to be doing.

In my next post, I’ll give you some good plant-based resources to read, watch, and listen to, as well as some favourite plant-based recipes we’ve added to our repertoire!

Posts in This Series:

« Previous Post The Way We Eat Now: Our Plant-Based Switch, Part 1
Next Post » Teach Yourself to Be Plant-Based: Our Favourite Plant-Based Recipes, Books, and Resources